The Advertiser Opinion: Exhaust fumes are as harmful as smoking, we need electric cars for healthier air 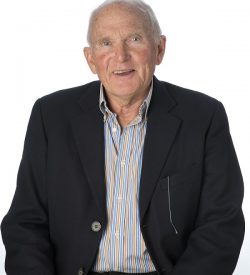 Until now, electric vehicle uptake has been slow in Australia, yet the federal Environment and Energy Minister Josh Frydenberg has said that by 2025 there may be up to 230,000 electric vehicles, and by 2030, that figure could be a million.

He has described it as a “transport revolution” and has found himself at odds with some members of the Coalition who are resisting subsidies for electric vehicles.

Absent from any of the discussion in the media are the health implications of exhaust fumes which, more than anything, are driving electric vehicle expansion overseas as governments are forced to reduce tailpipe emissions.

These emissions, along with those from coal, are linked to illness and death from heart, vascular or respiratory disease, dementia, and lung cancer.

You may not smoke but sitting in traffic or working, schooling or living close to traffic corridors exposes you to the same risks as smoking.

Overseas experience is instructive. All major vehicle manufacturers are investing heavily in electric vehicle technology. In addition, diesel cars, which produce some of the worst pollution (which is carcinogenic), are being banned from some cities.

Yet, diesel SUVs are a large slice of the market in Australia.

In the United States, electric vehicles are subsidised by up to $7,500, which is recognition of the fact that urban pollution is a costly killer.

The idea that electric vehicles may increase CO2 emissions in Australia because of a high reliance on coal-generated electricity is wrong. A study by the CSIRO and others showed that a Nissan Leaf, for example, would still have lower emissions overall when using Australia’s grid to recharge.

Even so, many EV drivers will be recharging from renewable sources such as rooftop solar, in which case their emissions will be effectively zero.

The potential loss of fuel excise to government coffers is dwarfed by the health savings gained from cleaner air.

The Ministerial Forum on Vehicle Emissions established in 2015 will release its findings soon. From the health point of view it is to be hoped that low-emissions and zero-emissions vehicles will get the policy support we see in other countries.

First published in The Advertiser on 30 January 2018