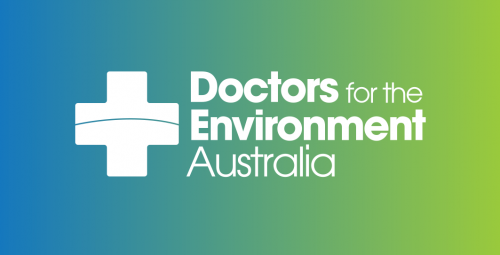 A comprehensive new report released today by Doctors for the Environment Australia shows NSW’s air quality deteriorated markedly in 2018, overshooting the national standards several times and putting the health of people at risk, especially in parts of Sydney and in the Hunter.

The report states that fine particles, which cause the most serious health problem, exceeded the annual standard at 14 locations, up from four to six locations over the previous four years.

Failure to act on the evidence outlined in the report will increase heart disease, stroke, diabetes, birth weights and children’s lung development.

• Particle air pollution in NSW is getting worse, with many sites annual averages for both fine and coarse particle pollution higher in 2018 than in 2017.

• Fine particles across Western Sydney and the Hunter are exacerbating entrenched poorer health in those regions with many more people exposed to air exceeding the national standards.

• Fine particles, which cause the most serious health problem, exceeded the annual standard at 14 locations, up from four to six locations over the previous four years. In Sydney this includes Parramatta North, Liverpool, Chullora, Richmond, Campbelltown and Prospect.

• Coarse particles exceeded the annual standard at nine locations, up from 2 locations in 2017 and none in previous years. All but one of these locations are in the Hunter Region. These sites include Singleton North West, Muswellbrook, Mayfield and Wagga Wagga North.

Dr John Van Der Kallen, chair of DEA NSW says, “Throughout 2018 many of my patients have commented on worsening air quality which is now supported by the data.

“The NSW government has dropped the ball on dealing with air pollution, and 2018 has seen a deterioration in air quality with many monitors exceeding the NEPM national standards.

“Of the 14 monitors in the Upper Hunter, seven are now over the NEPM standard for PM10. Last year it was only two. Even in the Newcastle suburbs, Mayfield and Carrington are now over the national standard. The cumulative impacts of mining and transport of coal are being seen in a deterioration of air quality.

“In 2018, over 30 doctors requested that the Minister for the Environment, Hon. Gabrielle Upton, visit the Hunter Valley to see for herself the air quality problem however she did not visit and now the situation has worsened.

We hope the upcoming state election offers the major parties the opportunity to stand up for the health of the public, and propose solutions to this worsening public health problem. “

Dr Ben Ewald, author of the report says, “Two years ago several members of Doctors for the Environment Australia took part in the government’s review process called “Clean Air for NSW” but since then air quality has moved in exactly the other direction.

"This analysis examines the trends in the quality of our air since that review which was never finalised."

DEA is an independent organisation of medical doctors protecting health through care of the environment http://dea.org.au