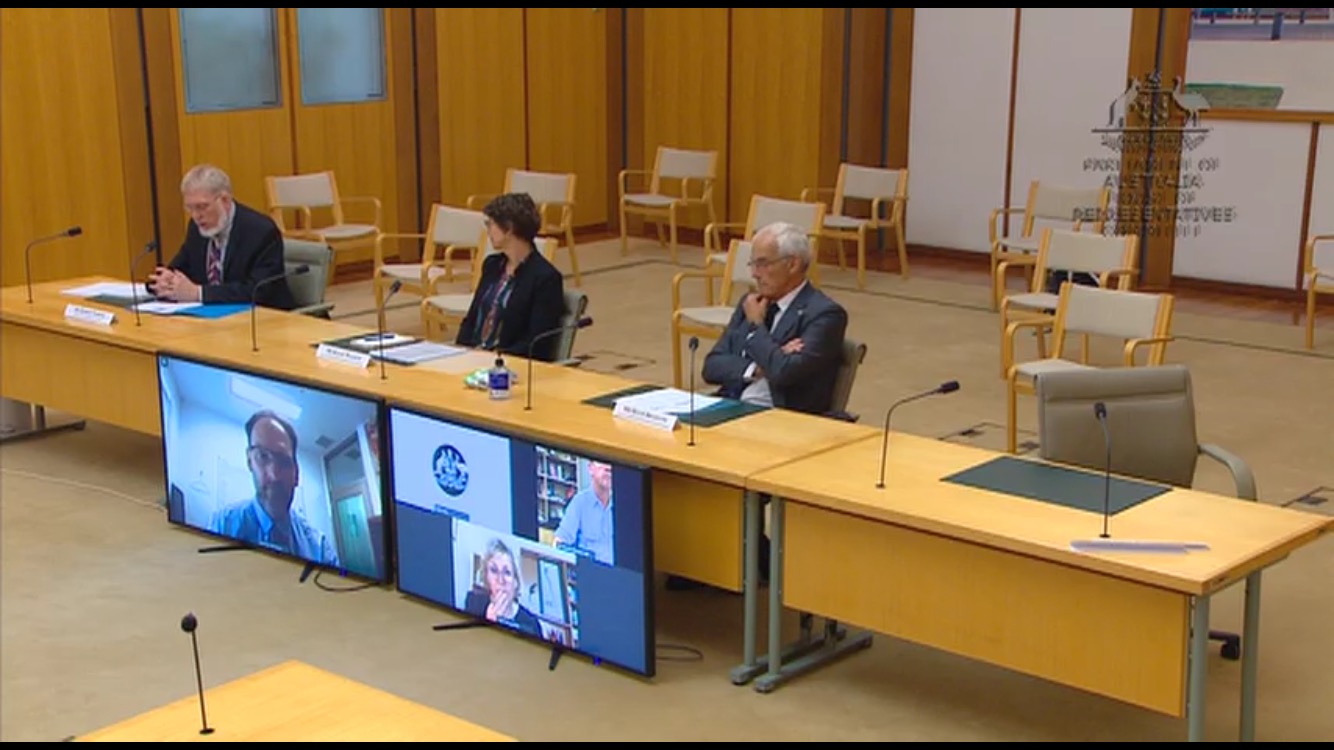 On the 29th of January 2021, DEA Chair, John Van Der Kallen, presented before the Federal Standing House Committee for Environment and Energy’s public hearing about proposed climate change legislation. Below is a transcript of John’s address.

I would like to thank the committee for this opportunity to endorse the Climate Change Bill based on the health impacts of climate change and the urgent action required to mitigate and adapt to climate change.

Everyday I see people whose health is affected by climate change. It maybe the elderly person who has become dehydrated in the heat and ends up in hospital, or the child who has an exacerbation in asthma due to air pollution, or the farmer who has had to sell his breeding stock due to the drought, or the bushfire victim who has lost their house in the fires. The list goes on, and these impacts are not going away.

The most recent report of the 2019-2020 mega-fires in Australia highlights the enormous health impacts of this single environmental catastrophe which affected nearly 80% of Australians. Nearly 19 million hectares was burnt, 1 billion vertebrates died and the economic cost is estimated but to be upwards of $40 billion.

The smoke-related health costs were calculated to be AU$ 1.95 billion, a sum driven by an estimated 429 smoke-related premature deaths, 3230 hospital admissions for heart and lung disorders and over 15,000 emergency visits for asthma.

Thirty-three  lives were lost directly in the fires and it is likely that the mental health impacts and costs, will be significant and protracted. We should do everything possible to stop this from occurring again.

Extreme heatwaves are associated with significant rises in mortality and emergency presentations – an excess of 374 deaths was observed during a four-day period when temperatures exceeded 40C in Victoria in 2009. Without significant mitigation we can expect to see cities such as Melbourne and Sydney with temperatures in excess of 50C by 2040.

The fossil fuel combustion that drives global warming is also a major contributor to air pollution—every year this silent killer is linked to the premature deaths of 3000 Australians. Higher levels of air pollution are associated with increasing illness and death related to ischaemic heart disease, chronic obstructive airways disease, lung cancer and asthma, and also with adverse outcomes in pregnancy, including low birthweight and stillbirth.

Australia’s doctors are very worried. We are worried about the increasing health impacts and we are worried about how we are going to cope. In 2019, DEA led multiple medical organisations in declaring a “Climate Health Emergency”. Nothing much changed. Last year, medical organisations representing over 75% of Australia’s doctors wrote to the Prime Minister urging a climate-focused healthy recovery from COVID-19. The Climate Change Bill is the opportunity needed to make significant changes in a non-partisan way. The current climate trajectory is pointing to catastrophic impacts and, just like COVID-19, if we act now, the impacts can be minimised.

Just like Australian governments have listened to the experts in dealing with the COVID-19 crisis, Australian governments need to listen to the experts on mitigating and adapting to climate change. The proposed Climate Change Commission would be that critical independent scientific voice which could guide Australia out of the “climate emergency”. Furthermore, reporting regularly, independently and publicly without referral, it will ensure transparency and accountability for the Australian people.

Health considerations need to be included in the Climate Change Commission.

Urgent action is required to keep global warming to less than 2C. Ongoing GHG emissions will accumulate in the atmosphere, making it even more difficult to mitigate against climate change.

Unless we create legislation to make legally binding emission reduction targets, the costs will also accumulate.

The legislative vacuum for climate change action has meant that the last assessment of climate change impacts on Australia was the Garnaut Climate Change Review report in 2008. Little has been done to adapt the country for climate change health impacts. For instance, multi-purpose heat shelters will be needed throughout the country to prepare for future extreme heat wave events. We need adaptation plans for food security and water conservation. There is no indication of federal planning or funding for adaptation to climate change.

The Climate Change Bill will ensure this does happen. It will require regular national risk assessments from which five-yearly adaptation plans can then be implemented.

Therefore DEA along with other medical organisation such as the AMA and CAHA have endorsed the Climate Change Bill. DEA sees this as a critical piece of legislation that will provide the frame work for action on climate change.

Our own medical industry wants to reduce its emissions. DEA has outlined a plan similar to the UK, in its recent report, “Net Zero  Carbon Emissions: responsibilities, pathways and opportunities for Australia’s Healthcare sector” in which we advocate for net zero emissions by 2040.

Mitigating and adapting to climate change is not a political issue. The science is clear and we can no longer afford to “kick the can down the road”. We are suffering the health consequences of climate change now. We must have laws which outline our path to zero emissions and a commission independent of politics, which includes a health voice, to guide us out of our current predicament.