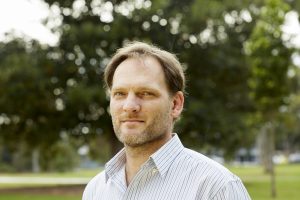 There has been an extraordinary ongoing debate regarding the closure of Liddell power station in 2022. AGL has continued to stick with their plans despite pressure from the government to keep it open. Similarly, they have been given an offer from Alinta to buy the power station.

Let’s be clear, the government isn’t furious about the air pollution which costs lives, or about the greenhouse emissions, it is furious Liddell will not continue to burn coal.

It has become so ridiculous that some in the federal government have suggested that the government compulsorily acquires the power station. See also.

This would be a turnaround from previous government policy to sell government assets. Does this mean that the government is going to start acquiring other utilities such as the power grid or Telstra? Apparently not.

There is strong evidence that AGL is moving our way and DEA believes it may have had a role in the AGL decision to convert to renewable energy. We had a comprehensive briefing in the hands of Andy Vesey just before he met Mr Turnbull last year, this briefing detailed the health costs and suffering from Liddell’s air pollution and the advantages of a rapid transition. Subsequently, Vesey resisted the PM’s requests to keep Liddell open and later refused Alinta’s offer to buy as described above.

DEA commended Vesey in the Independent Australia followed by others. Our interaction with AGL has continued.
And we have a thank you letter for our input and public support.

In recent days the discomfiture of the government has been compounded by the Mayor of Port Augusta endorsing the closure of Liddell and placing this in the context of the successful transition in his city.

Perhaps the government’s position is best summed up here.

Environment Justice Australia (EJA) were able to obtain information via a Freedom of Information process showing that Liddell power station is licenced to emit NO2 pollution above local and international standards. EJA have done very well uncovering this information. Obviously the government would like to keep it quiet. EJA is very appreciative of DEA involvement in the subsequent media. The involvement of DEA adds significant impact to the advocacy against coal fired power stations.
See here.

Preparations are continuing for the upcoming court case. The proponent (GRL) is taking the government to court over the rejection of the Rocky Hill coalmine via the planning assessment process. It is quite extra-ordinary that this case is even being heard! Previously, when mines have been approved, it has not been possible for the community to fight the decision in court. However, it seems that when the circumstances are the other way around, the proponent has an opportunity. Hardly a level playing field.

A number of DEA members in conjunction with local doctors, voiced their opposition to the mine in a letter to the editor.

Of further concern are the changes to the NSW laws regarding the Planning Assessment Commission (PAC) process. The new version of the PAC – the Independent Planning Commission of NSW (IPCN) is holding a review of the mining process in the Hunter Valley with Mary O’Kane as the chair. The process has changed so that not everyone will be given an opportunity to voice their concerns.

"While the Commission will try to hear from as many people as possible on the day, it may not be possible for everyone who wishes to speak to have the opportunity to do so. We may therefore use the information you provide to prioritise or group speakers by their level of interest in the project or a common issue or theme."

This is a backward step.

In another extra-ordinary Freedom of Information revelation, the NSW Water Office said that if the Bylong Valley mine went ahead then the Bylong River could run dry. However, the Department of Planning has given its approval anyway! See here.